This is Part 9 of a series of posts designed to help us explore our work and leadership through the lenses of dominant power and liberatory power.

There are infinite ways to express our libratory power. We can do it through singing, writing, dancing, poetry, art, mobilising, activism, connecting, sharing ideas, speaking out, protesting, teaching, nurturing, planting, healing, leading, coaching, cooking. It can be through our work, our play, our family, our intimate relationships, and our public or professional relationships. Whatever paths we choose to take in life we can find ways to express our libratory power. When our intention is liberation for ourselves and others, and we act in ways that help us realise that intention, we are expressing our libratory power.

In the work of transforming inequitable systems of education we may often have opportunities to express our libratory power as holders or creators of ‘space’. A space can be a school, a classroom, a community gathering, an organisation, a team, a workshop, a project, a meeting, a relationship.. Basically anywhere where we create space for people to come together. It becomes liberatory when we set the intention to use the space to promote liberation and design it in ways that continue to awaken and grow liberatory awareness and power within ourselves and others. 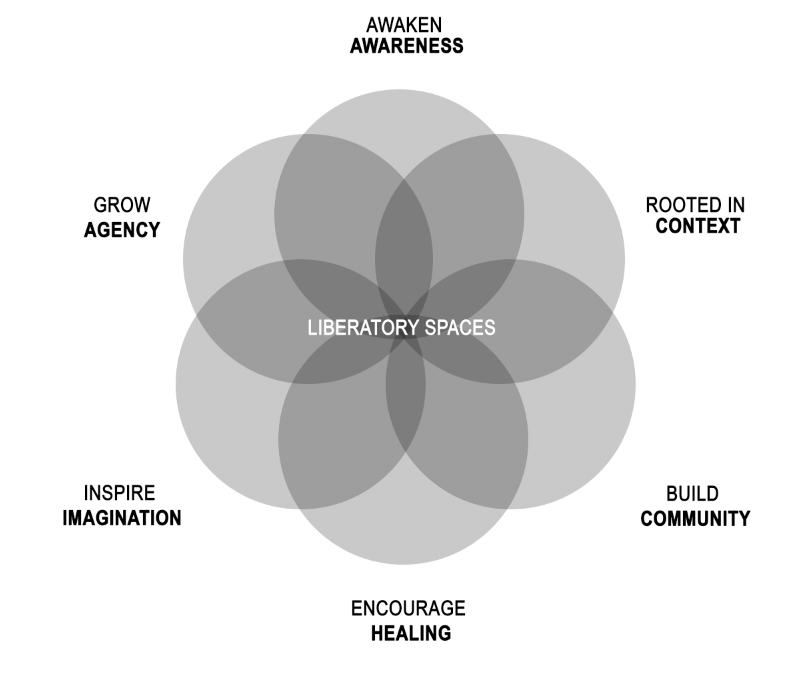 Liberatory spaces can take many forms, but they often do one or more of these things..

Here are some examples of different libratory spaces around the world.. While teaching with Teach For Uganda, Carol Seera and Charles Obore (Leading From Lived Experience Fellow 2019) worked with their students and the other teachers in the school to create a Student Music & Dance Festival. The festival was an opportunity to bring the community together to celebrate their culture and the creativity and achievements of the students.

The festival was rooted in the cultural traditions of the community. This was important because due to Uganda’s history of colonialism, schools have often excluded local cultures from the education process and many had been taught that their cultures were inferior. The festival was a way to begin healing these wounds by reclaiming pride in their identity and showing that their culture can be a meaningful part of their education.

The festival was also an opportunity to awaken greater awareness within the community around gender equity. The students, teachers and community leaders shared songs, poems and messages that talked about the importance of girls education.

Students were able to grow their agency by learning local crafts and creating products that they could sell to raise money for new books and learning materials. They also created a model that showed their vision for the future of their community which they presented to their parents to inspire imagination about the possibilities of the future.

The festival was a space for the school, students and parents to build a stronger sense of community and belonging. To celebrate what binds them together and continue exploring ways to work together to address the inequities and challenges facing their school and community. While teaching for Teach For Lebanon, Samia Habli created spaces for her students to explore the different dynamics of dominant power and inequity that affected their lives. Many of her students were Syrian and Palestinian refugees and were facing different forms of discrimation and marginalisation. On top of that most of her students were from families with a low income and were experiencing inequities based on social class. The girls in her class also had to face gender inequities and the threat of gender based violence within the border society.

Samia’s class became a space for her students to explore their own experiences of marginalisation and also develop a deeper awareness of the inequities facing other people with identities different to their own. Through discussion and research they began to identify the root causes of marginalisation in their context, imagine a different reality, and grow their agency as change makers. They started campaigns in their school and also wrote and performed a play for their community about gender based violence.

This process allowed her students to begin healing their relationships to each other and themselves. The girls started to feel more confident in themselves and their potential and the boys began to deconstruct what they had been socialized to believe about masculinity and how they should treat women. They were able to build a class community of love, respect, belonging and understanding that enabled them to imagine a different reality and work collectively for change in their school and society. 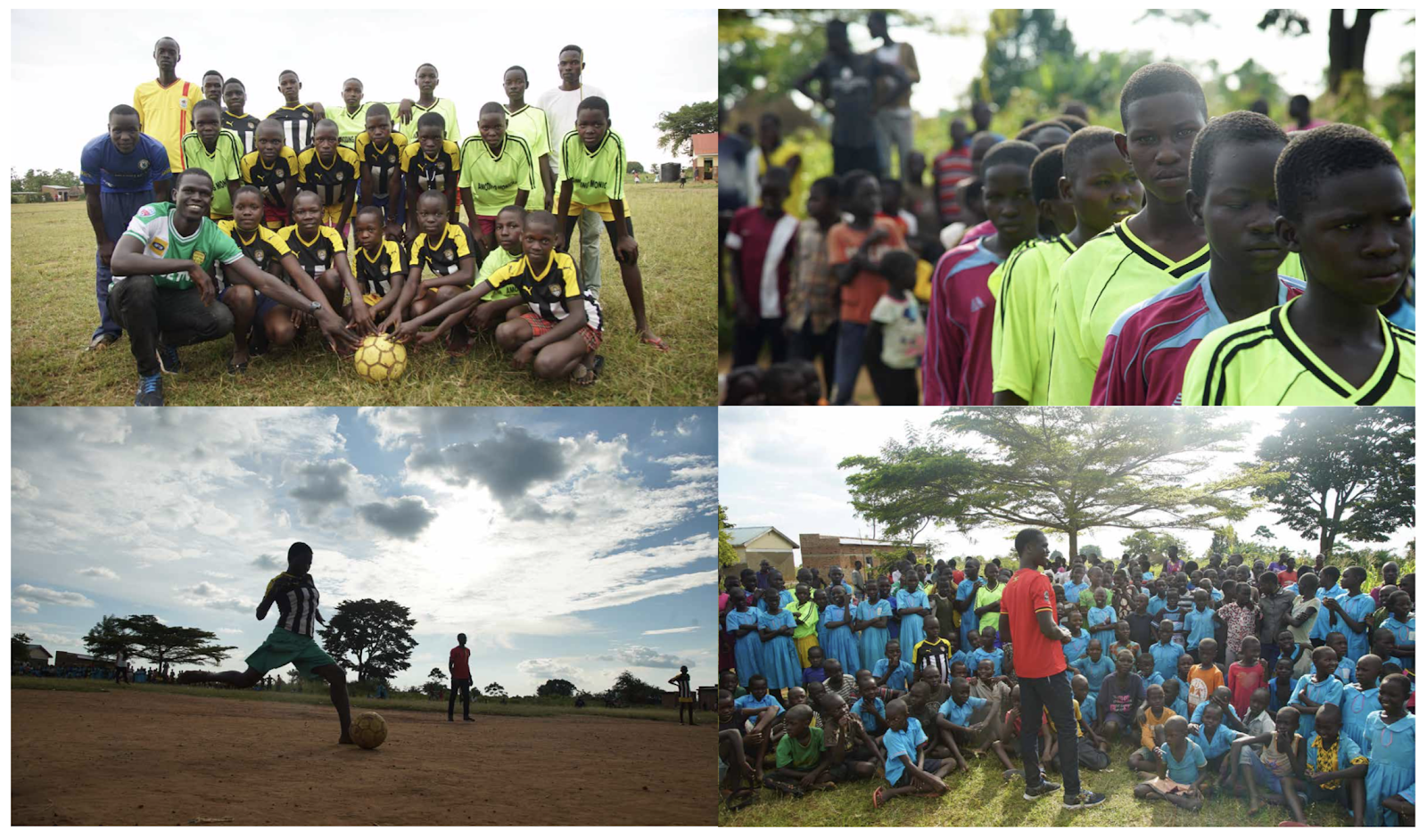 Charles Obore (Leading From Lived Experience Fellow 2019) has been working within his own community to address inequities through collective action. One of the many initiatives that he has started is a football camp for girls empowerment. Gender based inequity is a big issue in his community and so he started to work with other community members to design the football camp as a space for girls to build self confidence and agency, and also challenge and inspire others in the community to recognise the power and potential of the girls and imagine a different reality. They even ended up traveling to Kenya to compete in an international tournament.

As part of the football camp Charles invited youth leaders and mentors to speak to the girls and awaken a deeper awareness about the issues affecting them and how to overcome them. It also created opportunities for Charles and others to have conversations with community leaders about girls education and build support for addressing the gender inequities within the community. Over time the football matches became a great way to bring the community together in support of girls education as they became a popular event for both children and adults.

COLOMBIA – Using art and agricultural to heal from historical violence AKA is a community leader and a member of the AgroArtes collective in Medellin, Colombia. AgroArtes are focused on using agriculture and different forms of creative expression to heal the wounds of violence in their community of Communa 13 which has suffered greatly due to the country’s civil war and ongoing social injustice and inequality.

One of the spaces they created was in a cemetery within their community where they used art and plants to bring awareness to the historical and ongoing violence that was hurting their community and protest the oppressive actions of the government. They worked alongside a collective of mothers who had lost their sons to violence to transform the cemetery into a place of memory and healing. The artwork was rooted in the culture, context and knowledge of the community honoring both the history of oppression and trauma as well as the community’s enduring spirit of resistance. The planting of plants was used to symbolise the process of healing, the transformation of tragedy into hope, beauty and power.

Agroartes also works with young people in the community to build their agency through learning how to use different forms of creative expression and storytelling to create change. One of the spaces they created brought young people and elders in the community to share stories and build deeper intergenerational relationships within the community. It was also an opportunity for the young people to learn from the wisdom of their elders, understand the history of their community and practice skills that would help them become storytellers and journalists. 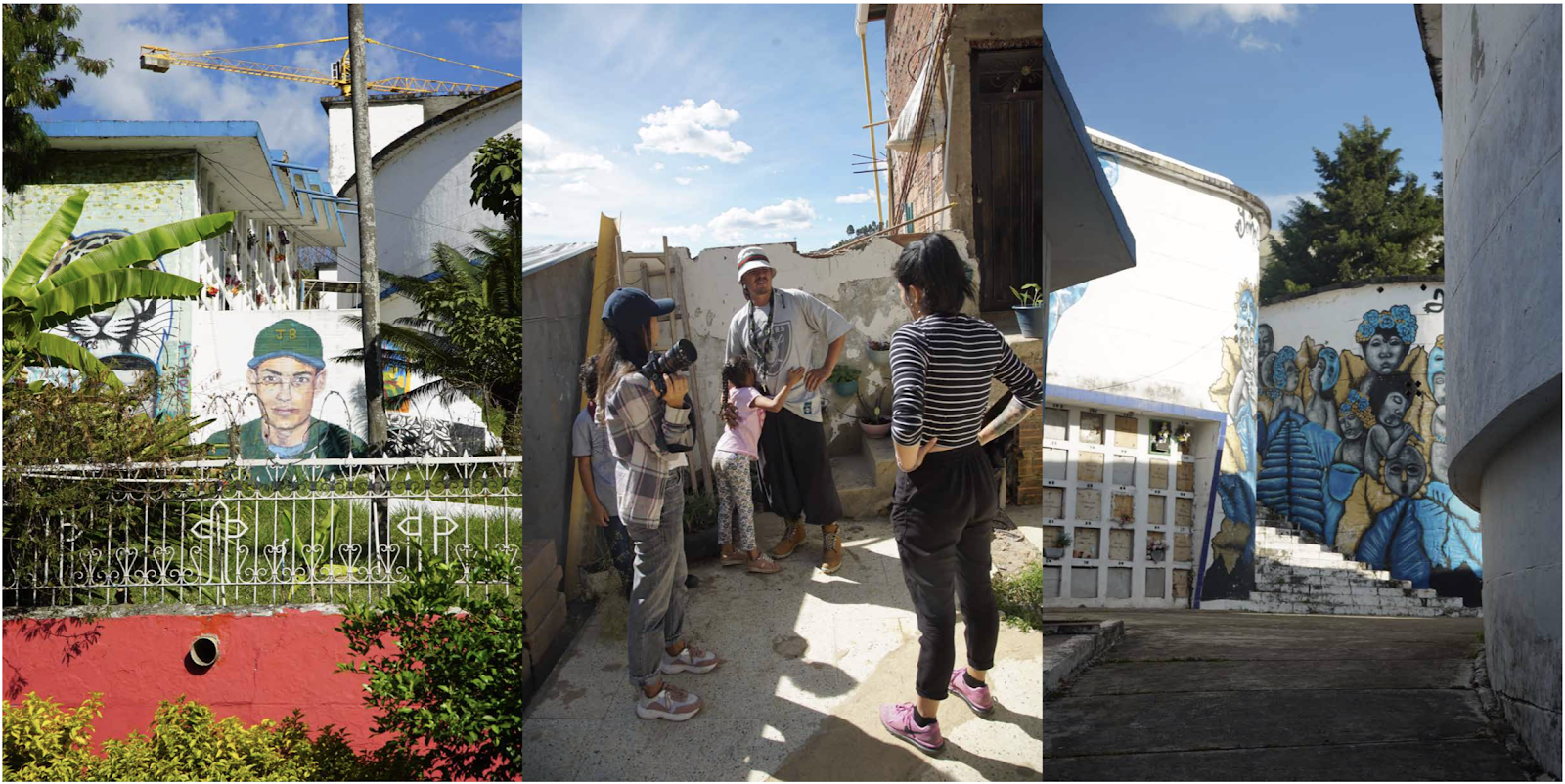 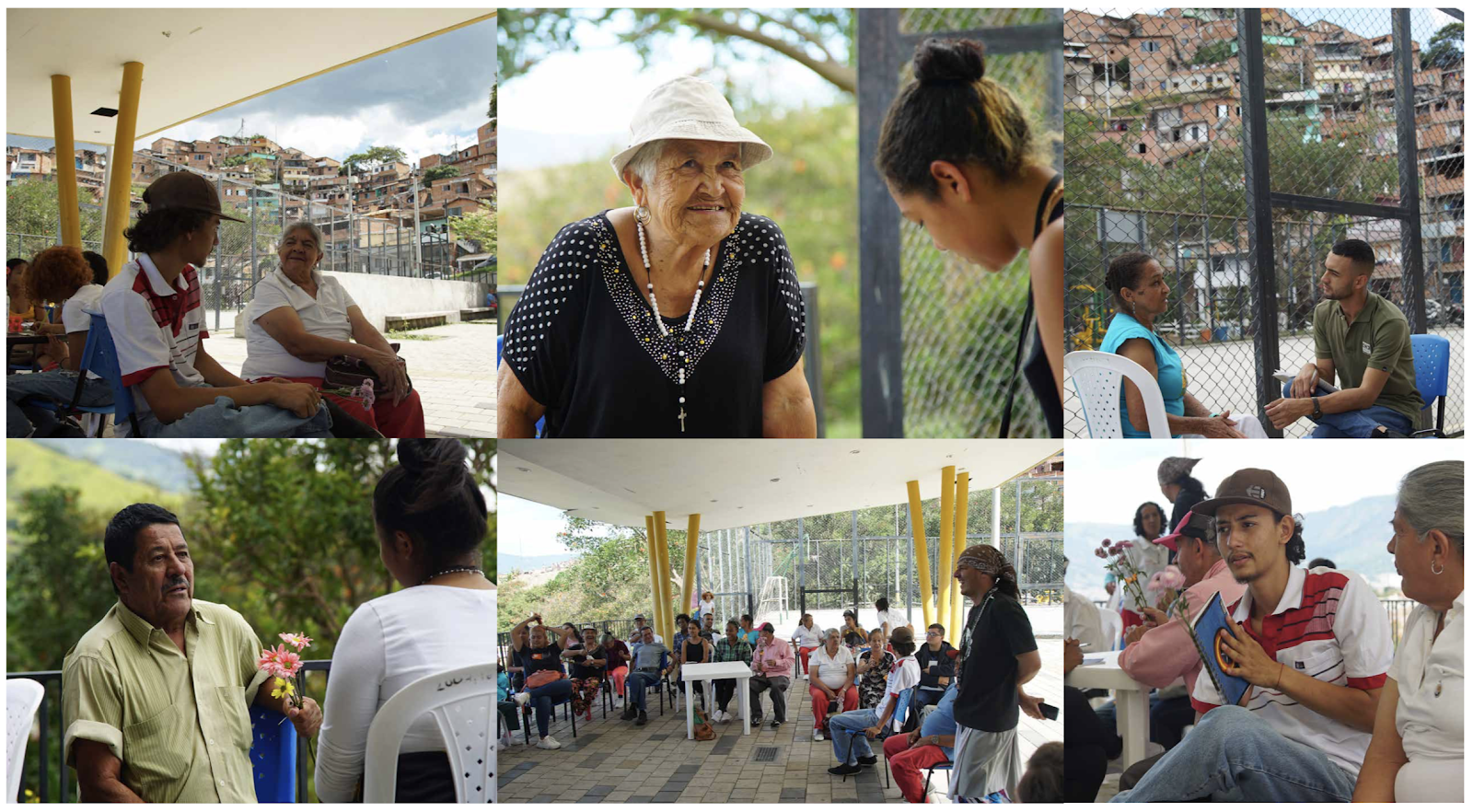 THE NAVAJO NATION – Healing the wounds of colonisation 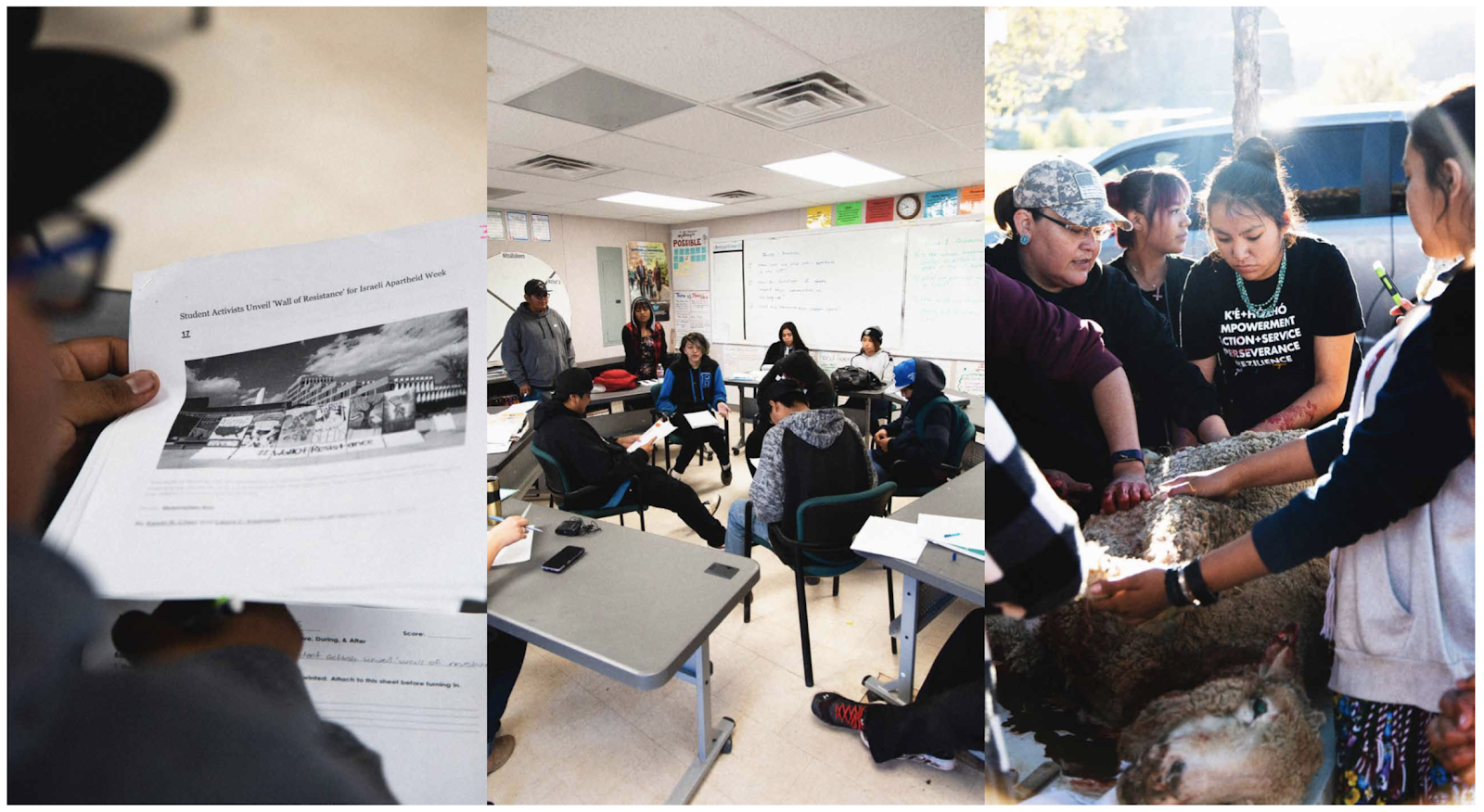 Kayla Begay (Teach For America alum) co-founded a school called DEAP (Dził Ditł’ooí School of; Empowerment Action and Perseverance) in her Diné community within the Navajo Nation, which was designed as a space to heal the deep wounds caused by hundreds of years of oppression and colonisation.

Education had long been used as a tool of colonisation against the Diné, and for generations schools taught that their identities and cultures were inferior. Kayla and her co-founders wanted the school to be a space where they could provide children with an education rooted in their culture, knowledge and history. They wanted students to be able to reclaim confidence and pride in who they are and have agency to imagine and create a different future for their community.

In class students learnt about the history of colonisation and how it continues to affect their current reality. This awareness allowed students to realise that the challenges they faced were not due to inferiority within themselves or their community and that they actually belong to a long and powerful legacy of resistance. 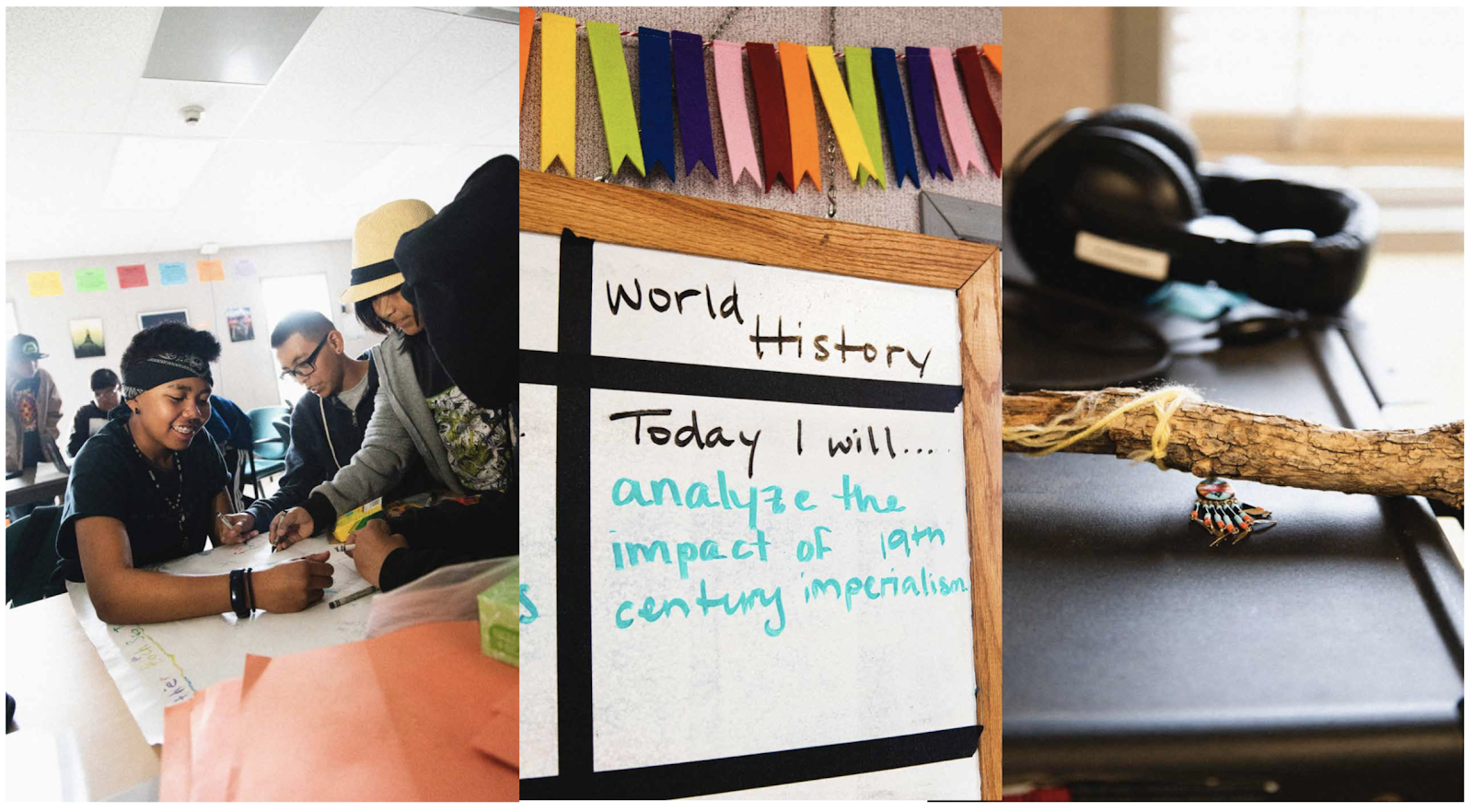 The school culture, teaching practices and curriculum are rooted in Diné knowledge and culture which allows students to reconnect with the cultural wealth of their community and feel a deep sense of belonging. Often parents and community members would be invited to participate in or lead cultural rituals and ceremonies that were integrated into the curriculum. These were great opportunities for the school, students and parents to come together to build a community of trust, support and reciprocal learning.

All of this created an environment of healing for both students, parents and staff, by creating space to restore relationships to self, to each-other, to their culture and to the land. This was supported by a deep commitment to wellness that was rooted in Diné culture. 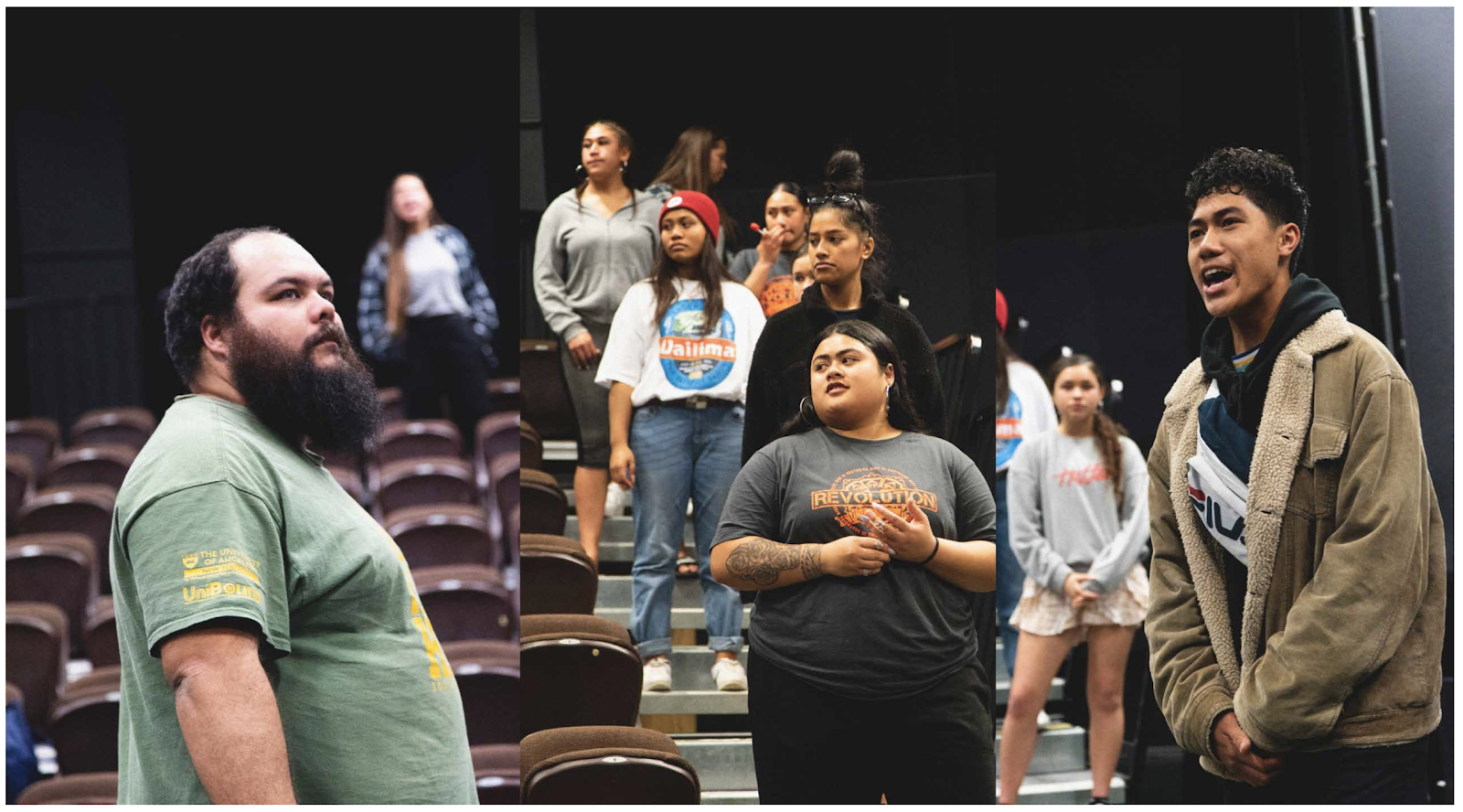 Michelle Johansson (Program Director at Ako Mātātupu Teach First New Zealand) belongs to a South Auckland theatre collective called the Black Friars. Together they started a project called Southside Rise where they worked alongside young people and adults within their community to create theatre productions that demonstrated the power of young people to create social change.

The production became a space for young people to explore and share their own stories in ways that were rooted in their own histories, knowledge and cultures. It was a space where they could build a strong community together, heal their relationships to each other and realize their individual and collective power to speak out and stand up for their community.

The production was a powerful way to raise awareness about the different social injustices Māori and Pasifika young people were facing and also inspire imagination about how to create change. Hundreds of people from the South Auckland community and beyond came to watch the show and were inspired by the creative brilliance and revolutionary message of Southside Rise. 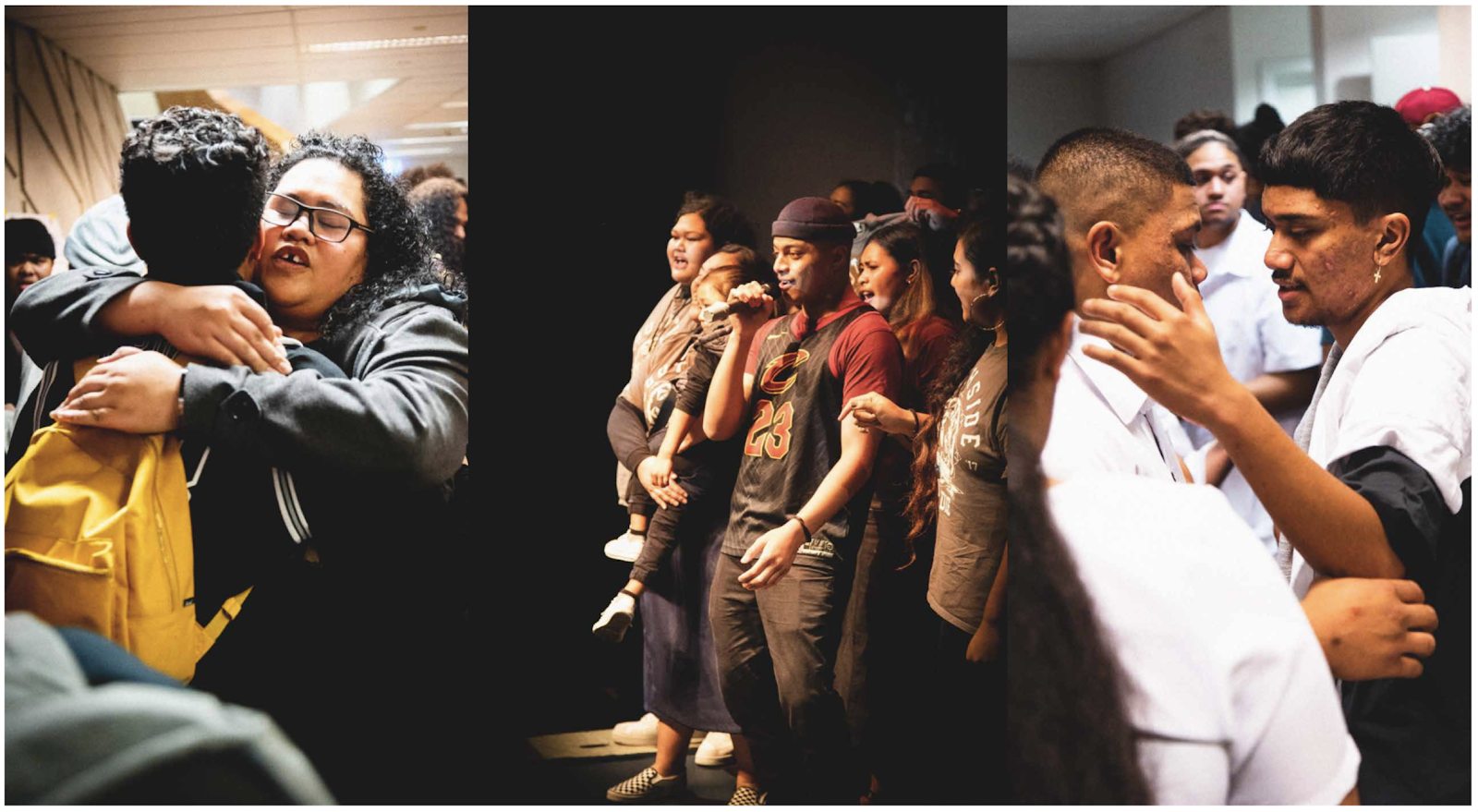 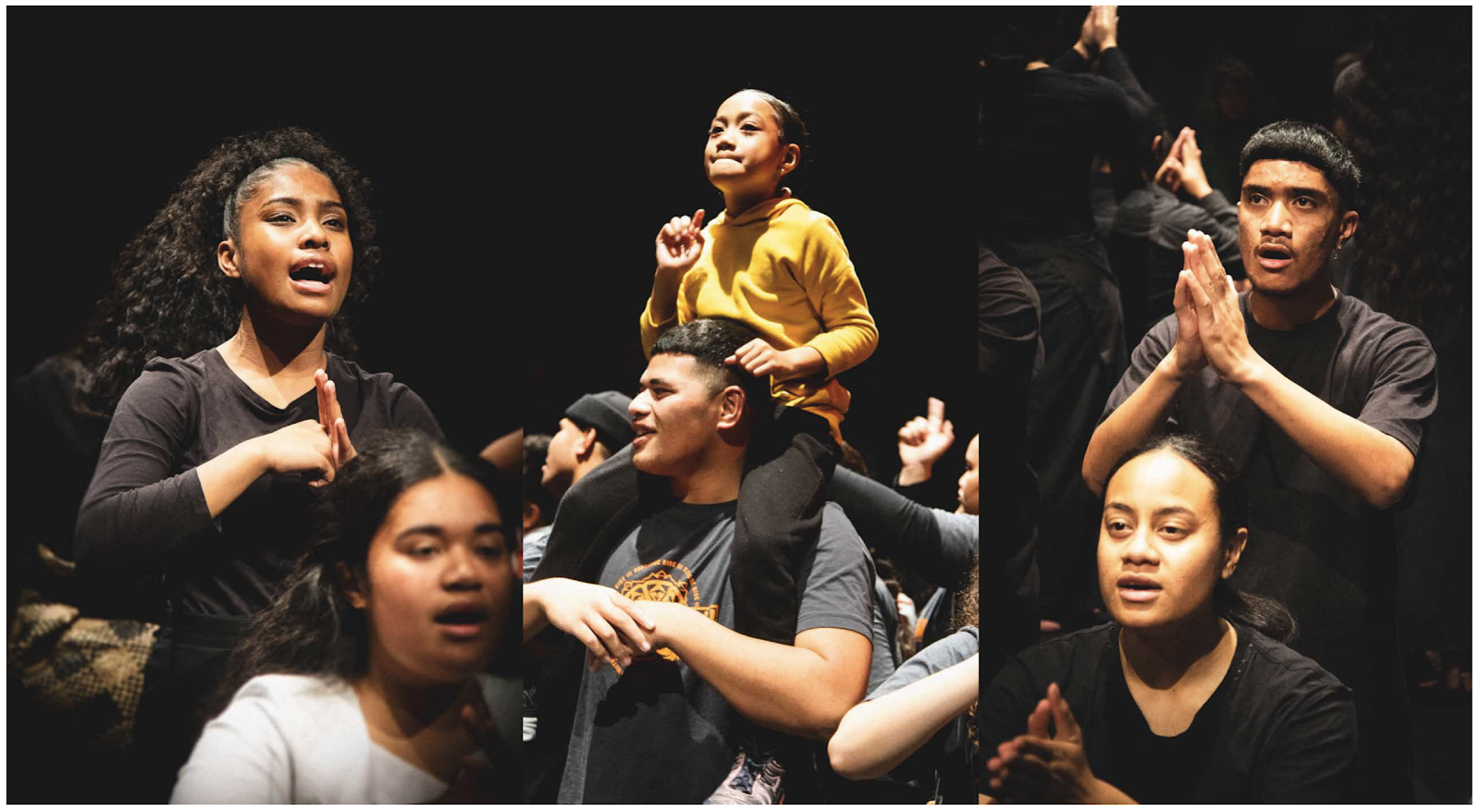